Being the subject of a criminal investigation for a drug-related charge can be an overwhelming experience, especially when this leads to an arrest. During the arrest process, it is important for an individual to understand their rights and how to navigate the legal system.

If you suspect you are under investigation—or if you have already been detained for a charge—consider reaching to a knowledgeable lawyer to discuss DC drug arrests and how to proceed. By consulting with a well-versed attorney, you could understand your legal rights and have a valuable ally working tirelessly to get the best possible outcome under the circumstances.

When a Drug Arrest is Made in D.C. 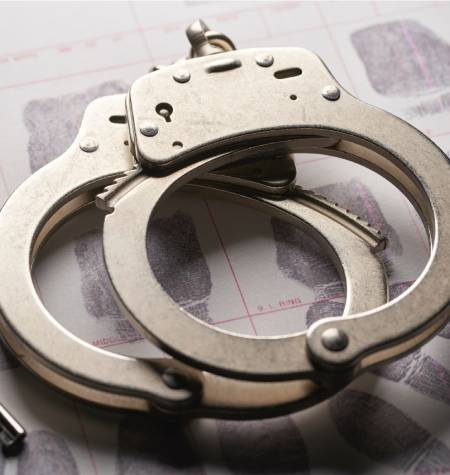 During a long-term investigation, the arrest procedure itself does not differ from a standard drug arrest. The only exception to this would be during a large-scale investigation into the possession with intent to distribute, wherein additional surveillance or other measures might be taken before an arrest.

Usually, however, drug crime arrests occur during an automobile stop. Here, as above, the presence of any dangerous factors might expedite the arrest process.

The Typical Arrest Procedure for a Drug Charge

Often, the arrest for someone facing drug-related charges in DC often begins with a car stop. Once an arrest decision has been made, the person is handcuffed and taken to a local district police station. There, they are fingerprinted, photographed, and questioned about their name, address, social security number, and other identifying information.

After this, an attempt is often made to interview them. While a person should give an officer basic identifying information, it is advisable that they reject any attempted interviews. Instead, the individual should say they are not answering questions without their lawyer present. Next, the person is transferred to the Central Cell Block by the courthouse in Washington, D.C. Here, they may be held for up to a day—if they do not make the motion cutoff.

Essentially, if a person does not make it to court by 10 a.m., they are held for the day until the next court date and transported from the Central Cell Block to the courthouse early in the morning. Then, they are interviewed by someone in Pretrial services, who obtains biographic information to generate a report for the judges who make a decision about whether or not the person should be released. At approximately 1 p.m. the court begins, with the person brought out for their initial hearing.

What is Constructive Possession in DC?

Constructive possession means that someone has the knowledge and the power to control an object. In this case, this is an illicit substance. For example, if the drugs are found underneath the driver’s seat, everyone in the car could, hypothetically, have access to the drugs with greater or lesser degrees of difficulty.

Because of this, when there are multiple parties at the scene of a drug arrest, constructive possession will often play a role in the consequences. If, for example, a driver is found to have drugs in their pocket, the passengers would most likely not be arrested—unless there was some other indication that they were aware of the drugs and had ownership over them. Prosecutors sort this information out when making an actual charging decision to determine who within a vehicle should be charged.

Retain an Attorney to Discuss the DC Drug Arrest Process If you were arrested for a drug-related offense, consider reaching out to a seasoned lawyer for help. The arrest process involves numerous steps, any of which might negatively impact a person’s case if not handled properly.

Because of this, seeking the counsel of an attorney could help to clarify your options and work to protect your rights. Call a legal professional today to build a defense.